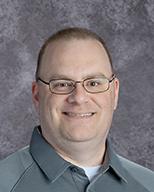 Mr. Litz began his formal years of education in a Johnstown, Pennsylvania elementary school, followed by a short time attending Robinson Secondary School, and then his high school years in Voorhees, New Jersey. His interest in education led him to complete a Bachelor’s in Education from Indiana University–Bloomington and a Masters in Education from the University of Virginia. He began his teaching career in 1995 at Mount Vernon High School where he taught all levels of biology and chemistry. From 2005 to 2007 he served as science department chair at West Potomac High School. Mr. Litz joined the Marshall High School community in 2007 as a LEAD Fairfax administrative intern. He remained at Marshall as an IB Coordinator for the 2008-2009 school year.